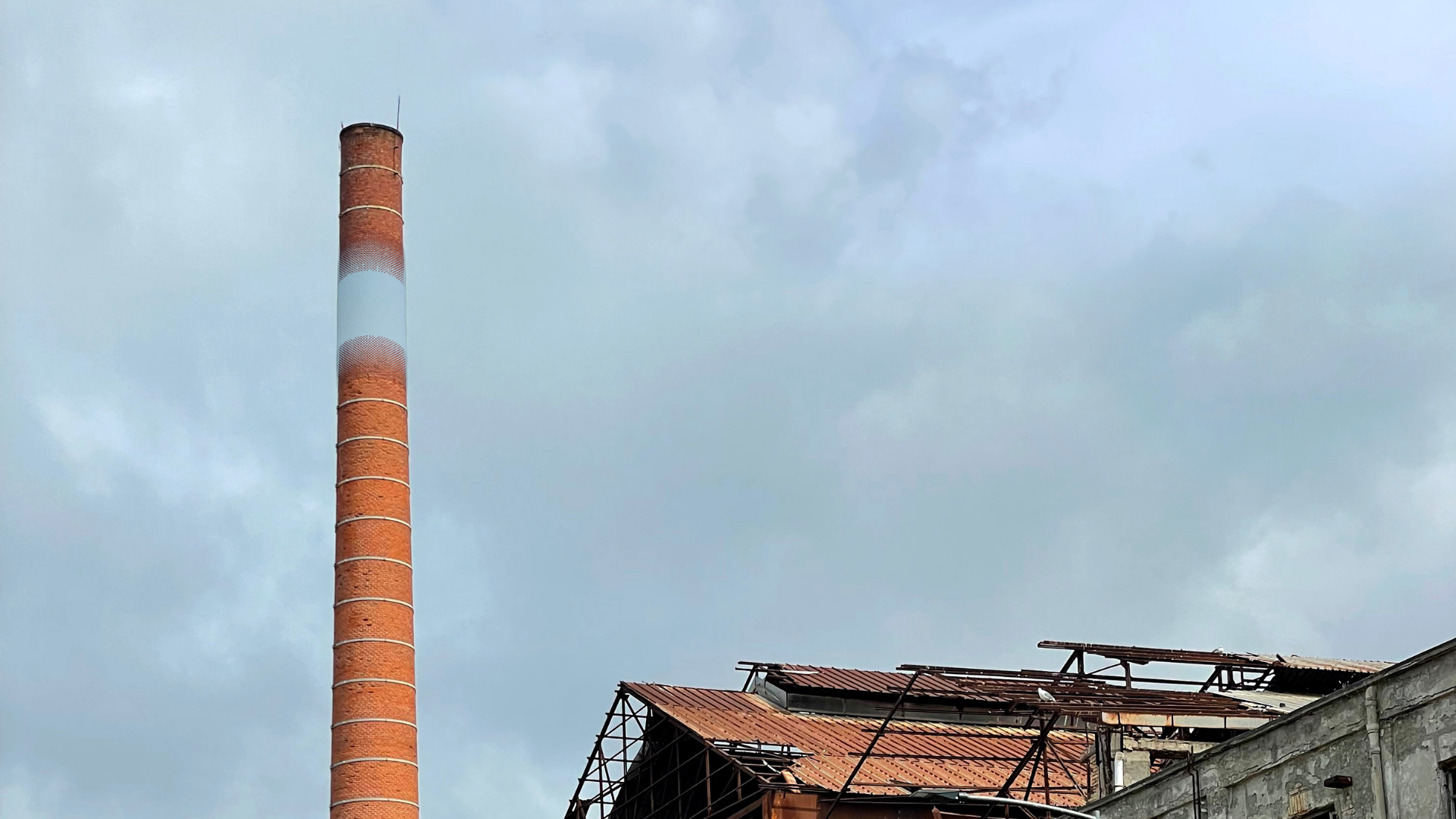 “I thought of a space of sky, an imprint that would elevate matter and recall history”
Simone Lingua

Nuance is part of Contemporary Illusions, a project started by Simone Lingua in 2018, and which is now being realized thanks to the city of Gaeta.

The focus of Contemporary Illusions is the dialogue, between past and present, art and architecture, man and nature.

Specifically, it contemplates the connection of history, represented by buildings and monuments of the past, with contemporaneity, through the application of mirrors on architectural surfaces. This intervention triggers, on the perceptual level, an annulment of the constitutive matter of architecture, generating a new relationship with the context, through the fusion of the work with the environment, therefore of the work of man with nature.

Compared to the Contemporary Illusions concept, Nuance stands out for some peculiarities.

The first concerns the scope of application, that of industrial archeology. The Ex AVIR chimney, in addition to being a reference in the city skyline, is a cultural, economic, social and anthropological symbol on a site of historical interest, essentially a testimony of the territory’s past to be recognized, protected and enhanced.
Starting from the biography and the intrinsic characteristics of the monument, Lingua has studied this intervention that tells the story and draws attention to the value of memory.
The installation is located on the top of the funnel, a portion that, among the many changes to the body of the building, was the last in order of time: in fact, the last 7.9 meters were demolished, rebuilt and consolidated in 1981-82.

The second characteristic of Nuance, which distinguishes it from all the previous Contemporary Illusions drawings, is the application of a texture that traces the wall face, thus producing a gradient of communication with the mirror: a cross dissolving between architectural material and artistic matter. Not only that: he cancels the texture by proceeding towards the center of the cylinder that surrounds the monument, creating an illusory limbo in which the sky overlaps the architecture, making the terminal part of the chimney appear suspended and giving rise to a nuance, from which the Nuance title.