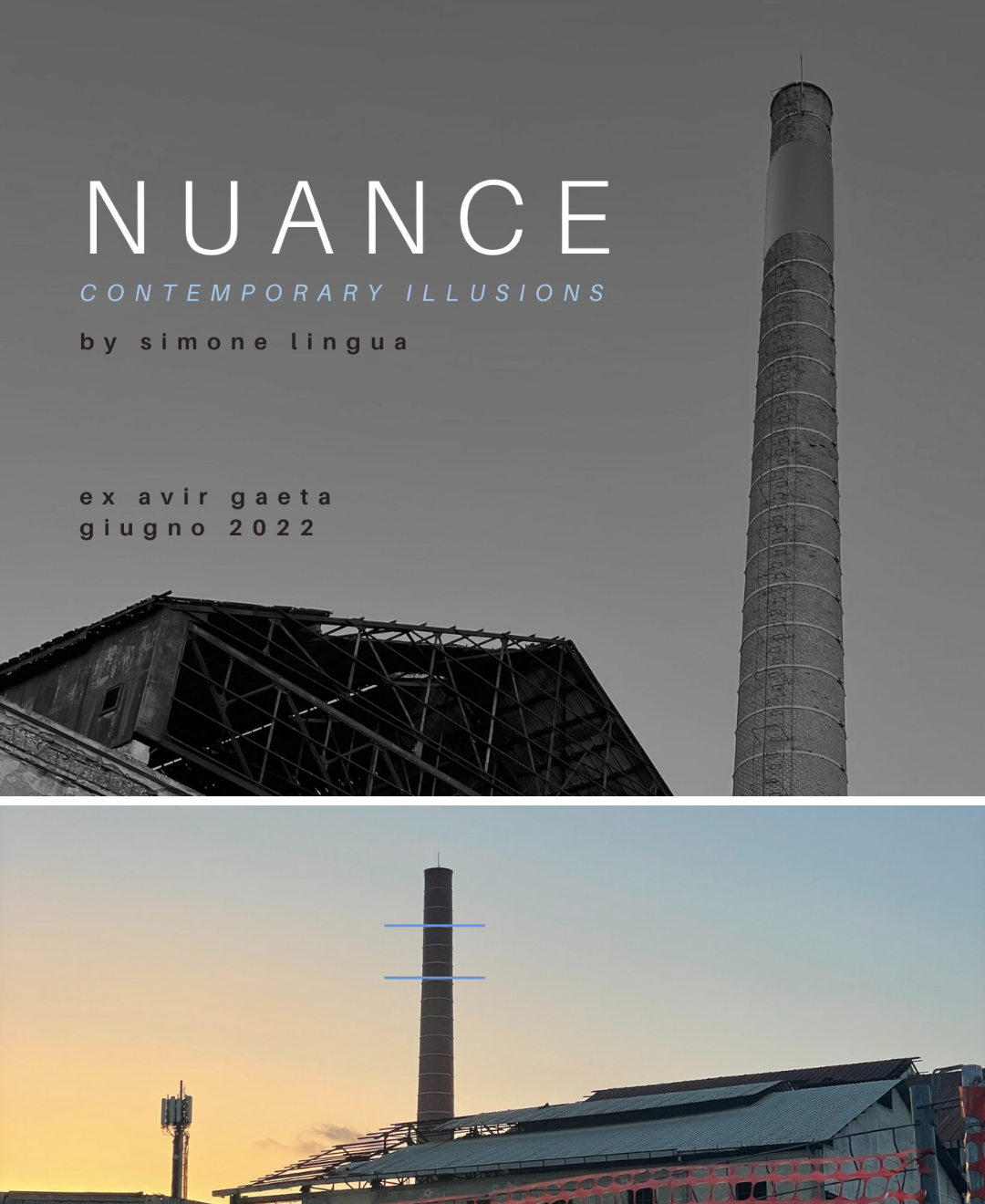 NUANCE is the title of the site-specific art installation created by Simone Lingua for the city of Gaeta.
The work is part of Contemporary Illusions, a project curated by Tiziana Tommei, launched in 2018 and based on the dialogue between past and present, man and nature, art and architecture.
The protagonist of the intervention is the chimney of the EX AVIR industrial complex, a historic glass factory located on the Serapo seafront.

The Ex AVIR (Ricciardi Industrial Glass Companies) is an extraordinary example of industrial archeology: the “cathedral” dates back to the years between the first and second decade of the twentieth century.
According to the plans of the time, the factory was destined to represent the first production center in the South. The construction took place in a record period of time and in fact the plant was completed in 1911 and in operation from the following year.
Originally there were two chimneys, attached to the relative ovens.
The existing chimney was rebuilt following the war events in 1959-1960, while the last intervention, which dates back to 1981-82, concerned the top: the 7.9 meters were rebuilt with the relative installation of steel hoops.

Right in correspondence with the highest part of the structure is the work of the artist, who, in line with the concept of Contemporary illusions, dresses the wall facing as a mirror, putting in place an unprecedented variation on the mirrored surface, inspired by history and to the morphology of the monument.

Today, thanks to the support of the Municipality of Gaeta, Contemporary Illusions finds realization for the first time, taking on tangible form in NUANCE.