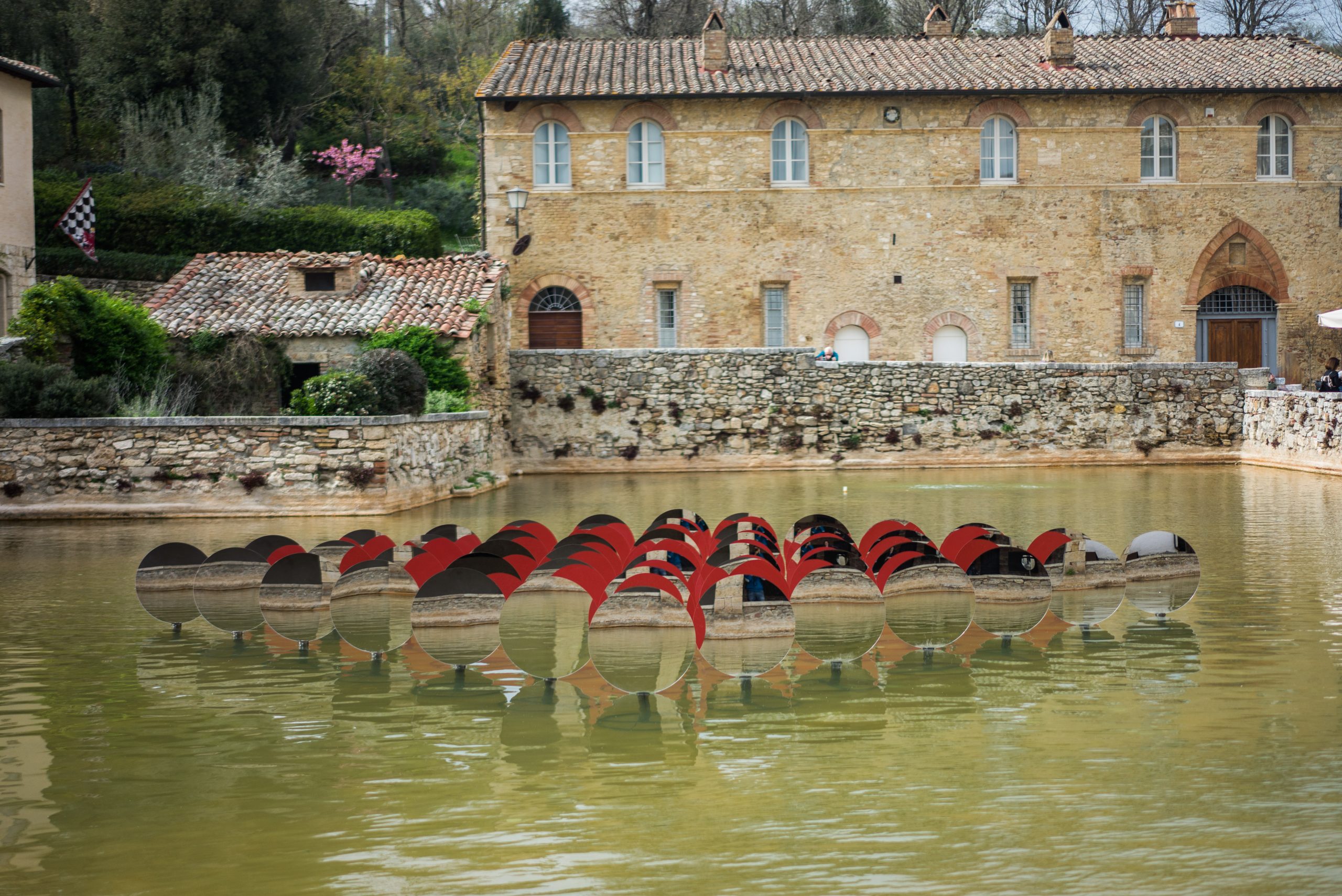 On the occasion of the anniversary of NINFEA, Simone Lingua signs FIVE. FIVE is a project that takes its name from the ideal age of NINFEA, a site-specific installation designed by Simone Lingua for the tub in the Piazza delle Sorgenti in Bagno Vignoni. It is a concept that is measured against the temporary nature of the installation work: NINFEA was conceived for a definite time, however, beyond the physical data, it persists in the memory of those who lived it and, moreover, through the documentation dedicated. At the time, an extraordinary video was made by Luca Bazzini and at the same time a series of powerful and suggestive shots were taken by Andrea Rum: images that highlight many significant aspects, including the intimate Impressionist, Monettian ancestry , inherent in the installation. Starting precisely from the latter and from the reflection on the value of photography as a means to the past – recalling Robert Smith, photographs are ties, bonds with a reality that belongs to our memories – this series of unpublished creations arises as a manifestation of the dynamic relationship , constructive and in progress, which it is possible to establish with experiences that belong to memory.   À rebours. It was 2017 when Simone Lingua was working on the design of NINFEA. He had imagined a sort of city that emerged from the bottom of the “water square”, in the center of the spa village: an island made up of modular units, constituting a suspended reality yet in dialogue with the context. The original image then found synthesis in the reiteration of abstract-geometric shapes, juxtaposed to outline a kinetic and optical composition, which represented the large-scale translation of a concept previously applied by the artist in small-format plastic works. The installation was inaugurated on April 29, 2018. With regard to the use of the work, we report here an excerpt from the critical text of the work: “To an overall view, the work shows a double soul: that dominated by color, which dresses the surface of the water with a red mantle; the other mirrored, which permeates and reflects the context, and with it the viewer. The latter, moving and circumnavigating the tank, witnesses the gradual metamorphosis of the whole: he perceives its endogenous motion, the play of light created by the water, the concealment of the forms induced by the vapors on the mirrored surfaces until they merge into a single entity of the two parts. A living and mutant organism by virtue of its kineticism which, echoing a flower, anchors itself to the ground at the bottom of the tank, showing flowers and inflorescences above the water level.” Today NINFEA takes on a new shape and consistency, through this project, which includes a series of creations in a limited edition of 55 copies – from the reiteration of the number that marks the anniversary of the creation of the work. 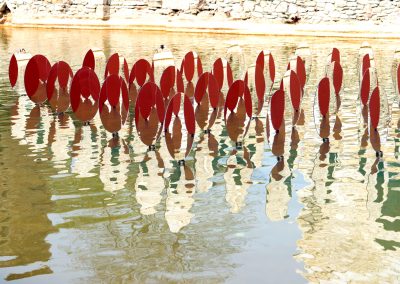 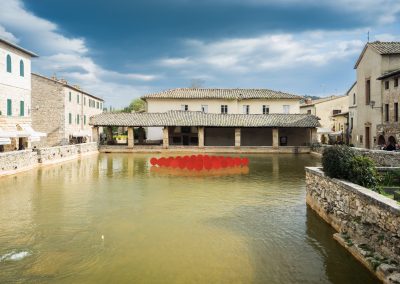 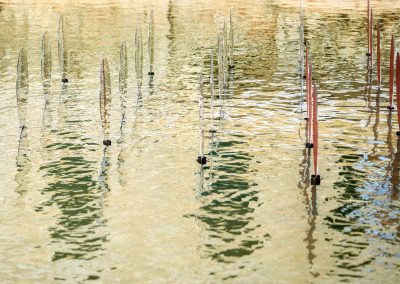 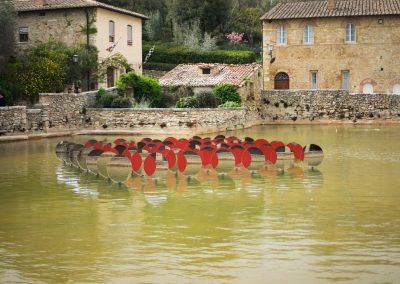